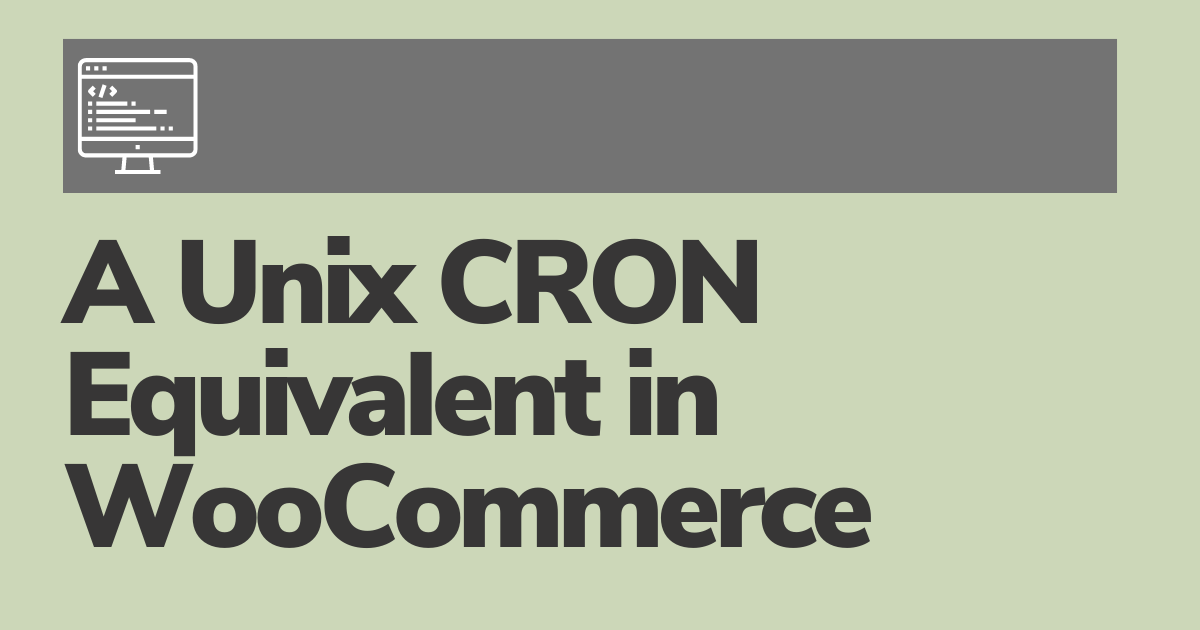 This question about a WooCommerce cron equivalent is from the WooCommerce Community Slack channel:

I want to loop through all users and their subscriptions, check some custom meta data I added to each subscription on creation and update some of the meta data if needed.

Background on the Action Scheduler

If you want an overview of Action Scheduler be sure to checkout the presentation I gave to the West Orlando WordPress Meetup group.

First let’s touch on a quick background on the Action Scheduler library. From the project home page:

The Action Scheduler is a scalable, traceable job queue for background processing large queues of tasks in WordPress.

This library is part of WooCommerce and WooCommerce Subscriptions to handle background processes like database updates and reporting tasks. This code has run on thousands of sites and has handled millions of payment actions so it is very reliable.

It is possible to group actions, but I don’t use that functionality. Actions run once or recur multiple times. The recurring action is the type that fits this use case most closely.

Because the original question referenced WooCommerce and WooCommerce Subscriptions I knew Action Scheduler would be available on the website.

An approach to a CRON Equivalent in WooCommerce

In the Action Scheduler source code there is a functions.php file that contains ten API functions (link). One of these functions is aptly named as_schedule_cron_action(). The definition says it schedules “an action that recurs on a cron-like schedule.” Perfect!

The PHPDoc for the function has a handy reminder on how to setup the cron schedule.

To get this working you can add a plugin file to the wp-content/plugins directory, or add the code to the theme’s functions.php file.

This process needs a call to the schedule function, an add_action() to connect the hook to a callback, and the callback function. You need to make sure that Action Scheduler library is loaded before calling the schedule function so do it after plugins_loaded is called.

Here’s a bit of code to create the action to run “Every Day at 7 AM.”

The first parameter of time() means that this action fires once when it is called, then reschedule itself based on the cron schedule. The hook is called my-awesome-hook. I suggest using something a little more descriptive.

The next piece of code handles the callback.

The add action connects the hook to the callback function. Add code inside the callback to handle the daily task.

Understanding how the Action Scheduler works is a super useful tool to have in your toolbox. The action scheduler is very helpful for spreading out bulk tasks, scheduling tasks to happen at a specific time in the future, or recurring tasks. As I have shown the library can provide a unis cron equivalent in your WooCommerce store.

If you have an understanding of the API functions for using the library it comes in handy when you have scheduled tasks to manage or a large number of updates to separate into smaller blocks.