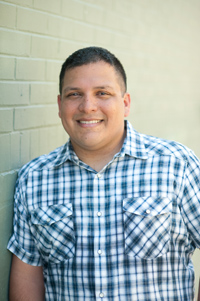 I have over 20 years of experience as a professional developer. In the past I worked for insurance giant USAA, Frost bank, and global consulting firm Cap Gemini.

I founded Grow Development with the goal of being self-employed and spending more time with my wife and growing family. We have three kids and enjoy being location independent while working with customers around the world.

I blog about travel, books, movies, family, and other things I find interesting over at daniel.gd.

I’ve been working with WooCommerce since it started back in 2011. I built the very first commercial plugin for WooCommerce and have built dozens of plugins and sites since then.

Once a Ninja, Always a Ninja!

I worked at WooThemes/WooCommerce as a WooCommerce Ninja, where I answered thousands of support tickets and developed several commercial plugins like WooCommerce UPS and WooCommerce Xero. I actively help other plugin developers with development, integration, and coding.

Grow Development is a small team of developers based in San Antonio, Texas, and around the world!

FIND OUT HOW WE CAN HELP

If you need the best ecommerce developer to work on your project we should talk!